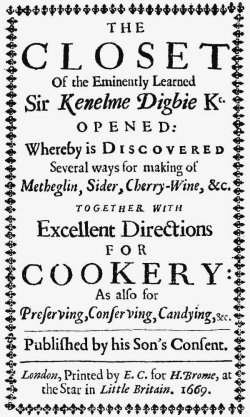 A Receipt To Make White Puddings

Take a fillet of Veal, and a good fleshy Capon; then half rost them both, and take off their skins: which being done, take only the wings and brawns with an equal proportion of Veal, which must be shred very small as is done for Sassages. To this shred half a pound of the belly part of interlarded Bacon, and half a pound of the finest leaf (la panne) of Hog cleared from the skin; then take the yolks of eighteen or twenty Eggs, and the whites of six well beaten with as much Milk and Cream, as will make it of convenient thickness; and then season it with Salt, Cloves, Nutmeg, Mace, Pepper, and Ginger, if you please. The Puddings must be boiled in half Milk and half water. You are to use small-guts, such as for white-Marrow-puddings, and they are to be cleansed in the Ordinary manner; and filled very lankley; for they will swell much in the boiling, and break if they be too full.